The interdependency found between the members of our ensemble is the key difference that defines the sound of our chamber music. 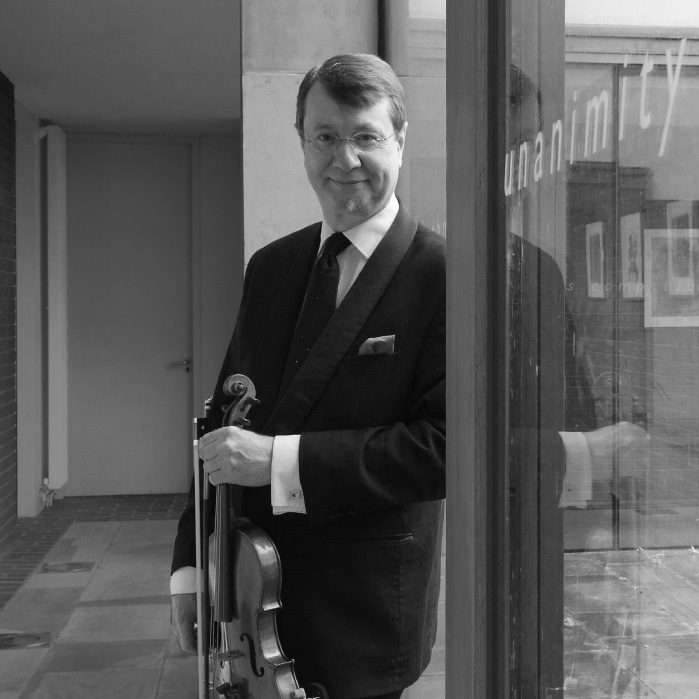 Peter was awarded the silver medal at the Guildhall School of Music for gaining the highest marks for his diploma recital whilst also studying for a Mathematics degree at Royal Holloway College, University of London, where he performed his last concert as a student of the latter by playing the Brahms Violin Concerto. Shortly afterward he took up a position with the Bournemouth Symphony Orchestra and subsequently moved to the BBC Concert Orchestra, where he is currently a Principal Violinist.

After studying at the Guildhall School Peter has continued to be mentored by such distinguished teachers as Hugh Bean, Emanuel Hurwitz and Remus Azoitei. In September 2007 Peter was awarded an Honorary Master of Arts degree from the new University of Bedfordshire (the first degree awarded by this new university) for his services to music in Bedfordshire.

As a soloist, Peter's repertoire ranges from the baroque concerti of Vivaldi and Bach, through the concerti of Mozart, Mendelssohn, Brahms and Tchaikovsky to works of the twentieth century by Elgar and Finzi. A recent collaboration with composer Richard Sisson led to Peter giving the world premieres of a series of concertos, including one for violin and oboe. Peter was also proud to have performed the second UK performance of the concerto by Loris Tjeknavorian, with the composer present, and the first performance of sonatas by Michael Miller and Alex Woolf.

As the Artistic Director of Symphonia Academica, Peter has enjoyed working with leading musicians such as the baritone Roderick Williams, the oboist Nicholas Daniel and the cellist Li-Wei Qin in creating eclectic and imaginative programmes. In this role he enjoys exploring repertoire ranging from chamber ensembles to chamber orchestra, including works as diverse as string trios by Beethoven, Schubert and Alwyn to chamber versions of Mahler's Symphony No.4, Strauss' Till Eulenspiegel and Debussy's Prélude à l'après-midi d'un faune, as well as commissioning various works. Peter has also been passionate about working with students of all ages to introduce them to the ensemble's musical world.

Find out more about Symphonia Academica