David has a great rapport with his players and an instinctive feel for this British repertoire.Roderick Williams 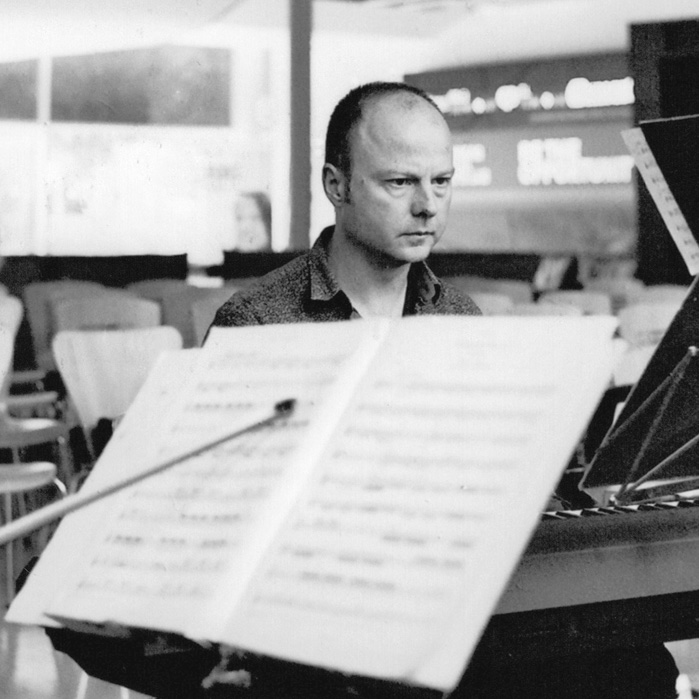 David Beaman studied violin, piano and composition at The Purcell School before going on to The Royal College of Music where he studied conducting with Neil Thomson, violin with Itzhak Rashkovsky and piano with Yu Chun Yee. He studied at the Canford Conducting Course with George Hurst.

David was appointed principal conductor of Symphonia Academica in 2003. He has also conducted and presented education events for the BBC Symphony Orchestra, the BBC Concert Orchestra and directed the King's Chamber Orchestra, the Endellion Winds and commercial sessions for television, radio and cinema.

He has on a number of occasions directed the chorus and orchestra at Greenbelt Festival in many and varied works such as Mozart Requiem and Holst The Planets.

Other choirs he has directed include the Aylesbury Festival Chorus, the University of Bedfordshire Choir and the Redbourn Festival Chorus which he helped create in 2010.

David has much experience in music for screen. He has played on numerous film and TV scores and appeared on many TV programmes. He appeared in the movies Shine, Four Feathers and Queen of the Desert. He is an experienced arranger and session conductor, having worked on several TV commercials for companies such as Lancia (Italia), St Ivel, Eurostar and Jameson.

As a pianist David has played both as soloist and accompanist in the UK and in Russia. He has recently been playing orchestral piano with the BBCCO and accompanied Joseph Shovelton in The Aftermath in a Live on 3 broadcast. His love of piano accompaniment has proved invaluable in conducting concertos and other solo works with the likes of Nicholas Daniel, Li-Wei and Roderick Williams.

He became a violinist with the BBC Concert Orchestra at the age of 23 and has also played with the RPO, the English National Ballet and the Halle as well as with countless pop musicians. In 2014 he also became a researcher - music specialist at the BBC Archives.

Some quotes kindly and generously offered about David by others:

Working with David on orchestral song was a complete pleasure; he had a great rapport with his players and an instinctive feel for this British repertoire. He was professional as a team leader but also warm and sympathetic as a colleague. I look forward to our next collaboration.Roderick Williams

The session was extremely successful, and the principal reason for this was the excellent work which David contributed. Despite working under significant time restraints, we completed a recording of the Concerto in a three hour session, including all the necessary retakes. David was calm, confident and professional throughout, and dealt well with the challenge of getting the best out of the musicians: both in terms of a clear conducting style and in matters of interpretation. I would like to add that this is the quality which I most admired about David's work: faced with a new composition he showed an acute and mature grasp of the detail of the score, delivering a highly perceptive reading of the work.Lyndon Jones, Senior Producer, BBC Wales

He has worked with school and college students with enthusiasm, imagination and care. He is sensitive to the needs of young musicians,and thorough and conscientious in his preparation. He has been a reliable and committed member of our workshop teams both as player, presenter and conductor. The breadth of David's musical knowledge and skill, and his versatility in a range of situations and learning environments, equip him admirably for the varied tasks he has willingly embraced in our learning programme.Peter Hayward, Learning Manager, BBC Concert Orchestra

It was my pleasure to have David conduct a composition of mine with the string ensemble 'Symphonia Academica'. His considered and thoughtful method of tackling this new work, along with his genial and skilful way with the ensemble, led to an extremely successful performance.Martin Ward, Composer

Find out more about our ensemble's string orchestrations